Junior theatre education major Hannah Tussey reaches for a bottle of her morning medication for her adult seizures. Tussey suffered a seizure this past summer and spent four days in the hospital and is now on permanent twice-daily medication.

If He Fits He Sits

Hannah Tussey’s ESA Oreo perches on her shoulder. Tussey was approved for an ESA a month ago and since Oreo has been a part of her family Tussey considers him to be the biggest help in her journey. 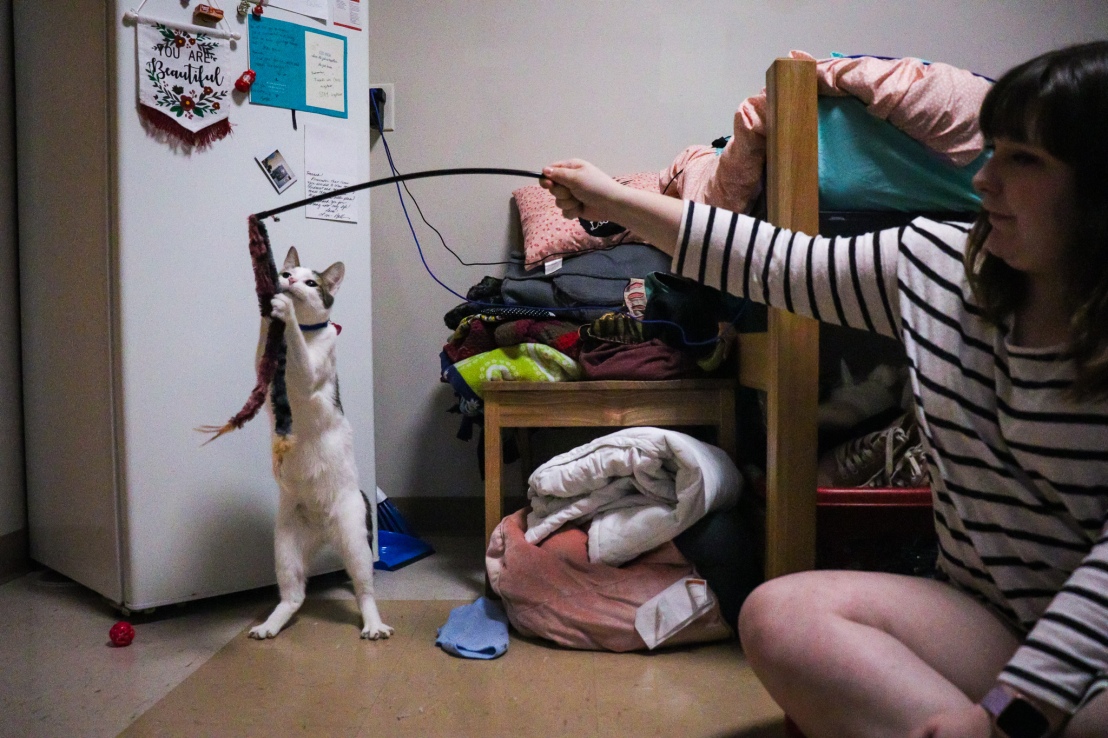 Hannah Tussey plays with her ESA Oreo in her dorm after a long day. Oreo has been a huge relief and constant companion for Tussey in her daily life.

No Naps in New Bedford

Junior Hannah Tussey faces many sleepless nights since having her seizure, partly because of her medication but also out of fear that she may have an episode during sleep and not be able to call for help. Her Emotional Support Animal Oreo helps calm her nerves and has been a valuable aid for Tussey.

Hannah Tussey works on her final project for her scene design class, a class she thoroughly enjoys. Tussey is limited in the activities she can enjoy since being put on her seizure medication and must remain alert at all times. She cannot drink alcohol because it conflicts with her medication and cannot swim or take baths for fear of having a seizure and drowning.

Hannah Tussey helps senior theatre major Hunter Blackburn with his tap routine for his tap class final. Tussey considers being in theatre to be a grounding activity in her life that helps her feel like her most normal self.

Hannah Tussey preps in the dressing room with her medications close by. During her Cabaret performance, Tussey had to wear her FitBit that checked her vitals and reminded her to take her medication right up until she hit the stage.

Ashton Black (left) playing Matt and Lizzy Carver (right) playing Kira separate from an embrace in character during the production of “Gathering Blue”. The play is a companion piece to the novel “The Giver” and illustrates life in a dystopian society. 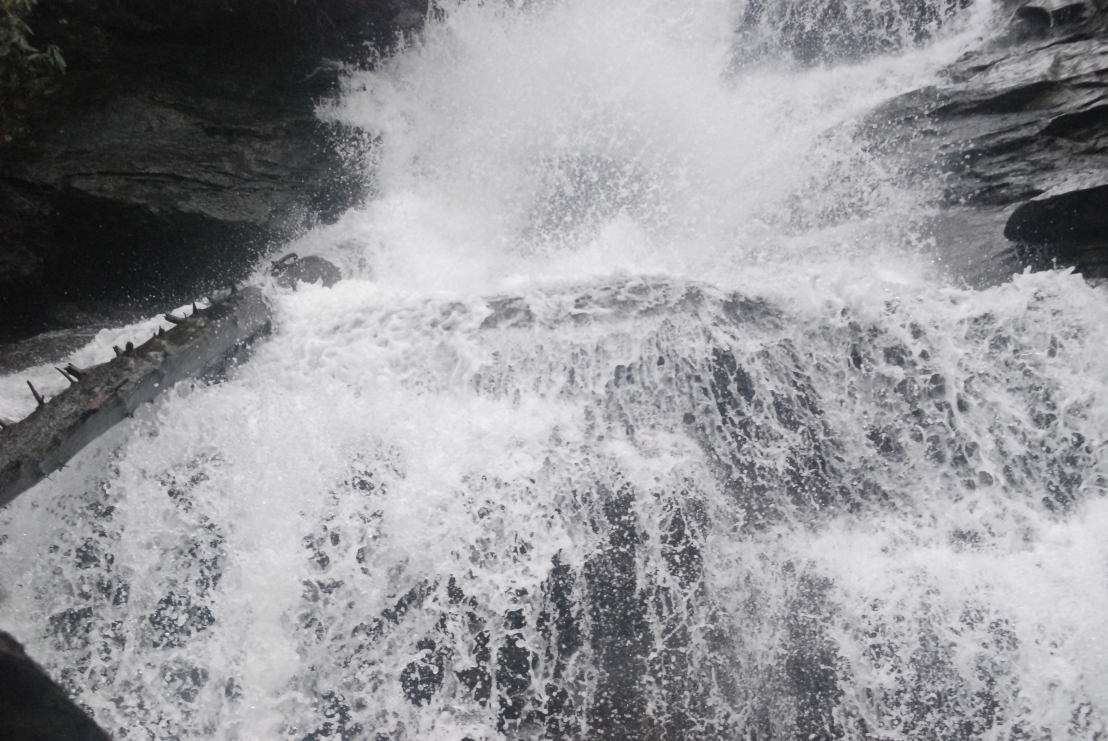