Marion Taylor, a junior, and mass communications and theatre arts double major at Piedmont College, pursues her passion for radio as she is preparing for her next show about Christmas. Marion is a disk jockey at Piedmont College and her show is Tea Time With Tracy on Z98.7 FM for students at Piedmont. Marion wishes to pursue her radio career after she graduates college. 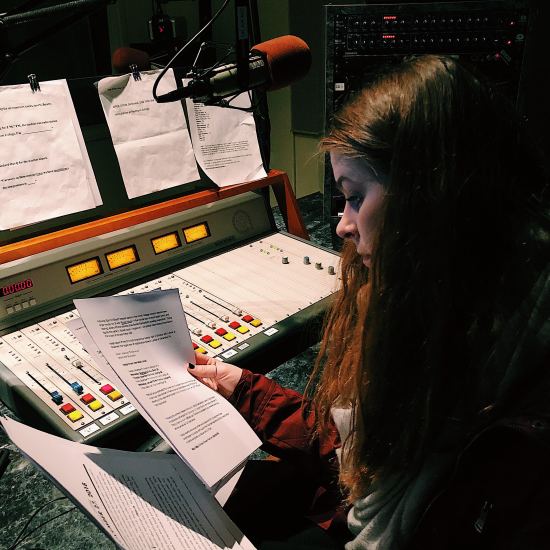 Before Marion can set up her equipment and music, she has to make a script for the show she is wanting to produce, which is Christmas themed. The script in a show is important because timing in a radio show is priority. Marion has to start at exactly 3p.m. and end at exactly 4p.m., so she needs to make sure her segments are timed perfectly.

After Marion is finished with her script, she can go to finding music she needs for the theme of the show she is producing. Marion is looking through CD’s in the studio and trying to find Christmas genre music for the listeners to get into the Christmas spirit.

Marion has her script made and her music chosen. Marion can now work on setting up her show in the studio. Marion logs onto the computer to her right and pulls up a software called Wave Cart, to put her segments she wants for her show in order. Marion also makes sure her levels are balanced so the music is not to loud or soft for the listeners. With all this being said, Marion also runs through the show at least once to make sure the timing is perfected.

After all the hard work of making an hour long script, choosing music, and setting up her show, she can now do the show. Tea Time With Tracy is in the studio performing for her listeners on the Piedmont College Demorest campus. 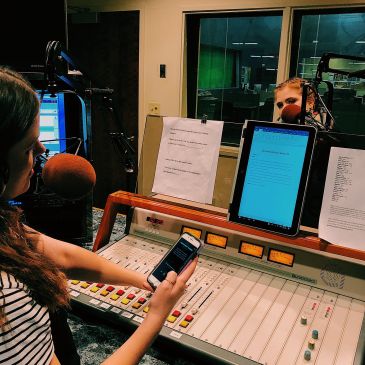 During Tea Time With Tracy, Marion has her special guest, Kaitlyn Echols. Kaitlyn is a senior and musical theatre major. Marion has Christmas trivia with Kaitlyn to test her knowledge of Christmas.

Marion has learned many things in radio from Professor Dale Van Cantfort while being at Piedmont. Marion went from learning the basics of radio to producing her own show Tea Time With Tracy on Z98.7FM, the student run radio station at Piedmont College.

This site uses Akismet to reduce spam. Learn how your comment data is processed.